How New Zealand is helping 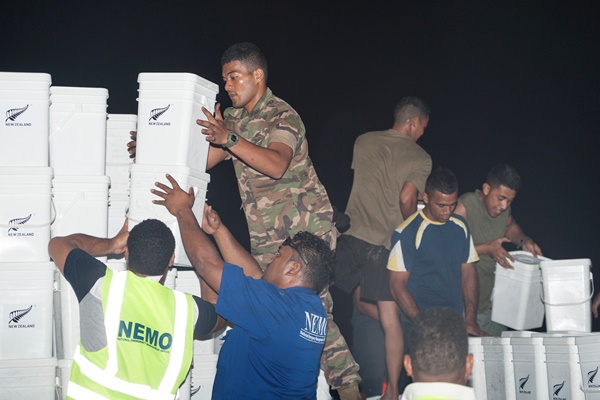 Tropical Cyclone Gita swept through the Pacific leaving a trail of damage and disruption in February 2018. The Kingdom of Tonga bore the brunt of the damage, but it also affected Samoa, Niue, Fiji, New Caledonia and New Zealand.

Tonga sustained significant damage to critical infrastructure, including electricity supply and schools, and is now beginning the recovery process, which is expected to take many months.

New Zealand stands by its Pacific neighbours and swung into action to assist the Samoan- and Tongan-led responses.

In the days and weeks following the cyclone, New Zealand set aside $2.33 million to help emergency response efforts in the Pacific.

As part of this assistance, New Zealand provided approximately 38 tonnes of emergency relief supplies and dozens of expert response personnel.

A Fire and Emergency New Zealand Disaster Assistance and Response Team (DART) also deployed with their Australian counterparts to conduct initial structural assessments of schools and other public buildings to check they were safe to return to.

The NZDF provided a P3-K Orion to conduct aerial surveillance of the damage and six C-130 flights gone have up to Tonga to deliver relief supplies.

The New Zealand Government announced an initial $750,000 that will enable us to respond quickly to requests from the Government of Tonga to meet immediate needs, such as emergency shelter, water and sanitation.

A C130 Hercules is transporting family hygiene kits, shelter kits, jerry cans, and tarpaulins from New Zealand. The plane will also carry a New Zealand government team to support the New Zealand High Commission in Nuku'alofa assess emergency needs and respond to requests from the Government of Tonga.

How you can help

The best thing you can do when a disaster occurs is to donate money to an emergency appeal by an experienced organisation working on the ground. These organisations have clear systems and processes for assessing what's needed. Where possible they will source supplies from close to the affected area, which is the most efficient and cost-effective way of getting help to those who need it, and also supports the local economy.

See more information about practical ways you can help

Some banks and money transfer providers are helping by reducing the cost to send money to Tonga. See Send Money Pacific (external link) for details.

If you have a specific offer that you want to make to support the relief efforts: