On 19 April during a New Zealand Parliamentary visit to the Republic of Rwanda, the Rt Hon Trevor Mallard, Speaker of the New Zealand House of Representatives, presented five volumes containing the Ministry of Foreign Affairs and Trade’s official files from 31 March – 9 November 1994 to Dr Richard Sezibera, Minister of Foreign Affairs and International Cooperation and the people of Rwanda.

A fifth volume was made public to mark the 25th Anniversary of the 1994 Genocide against the Tutsi in Rwanda, adding to earlier reporting that was previously made public in 2014.

During its term on the United Nations Security Council, New Zealand played an important role in trying to bring global attention to the atrocities taking place in Rwanda. Calling for the Council to recognise that genocide was being perpetrated against the Tutsi population, and urging the UN to strengthen its peacekeeping measures at a time when others looked to disengage from Africa, New Zealand used its presidency to call for action.

Twenty five years later, Rwanda remains deeply grateful to New Zealand. As the international community reflects on the genocide in which about 800,000 were killed in just 100 days, the files provide an insight into New Zealand’s work at the time to challenge the UN Security Council to respond to the mass atrocities.

On receiving the volumes, Richard Sezibera commented that New Zealand was the first state to honour Rwanda’s request for archival material, and highlighted that these documents help to deepen understanding of the genocide and to preserve its memory. 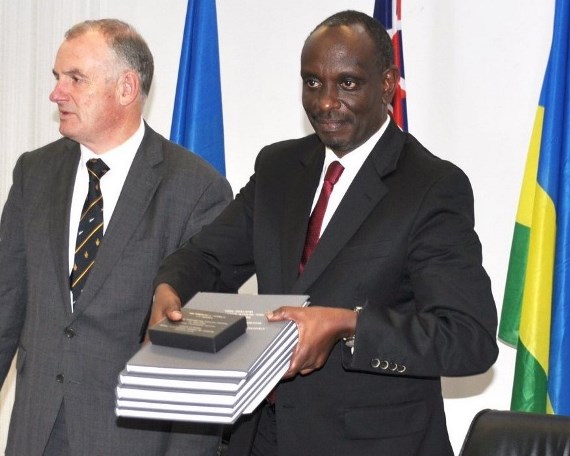